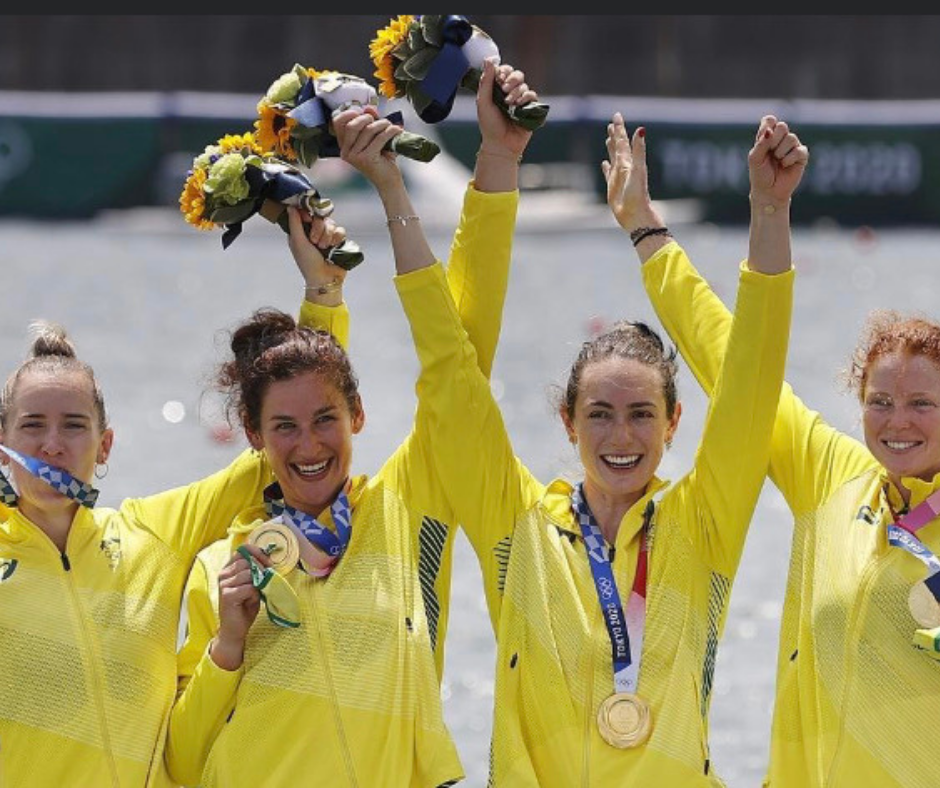 Melbourne-born Rosie Popa is an Australian Rower, most recently competing on the Australian Rowing Team in the 2021 Tokyo Olympic games, bringing home a gold medal. Coming from a family of champion rowers, Rosie always had a passion for the sport. Her parents both competed in the 1984 Olympic games, her mother Sue and father Ion taking home Bronze for Australia.

“Rowing was always a part of my life; my parents were rowing Olympic medallists too. I originally wanted to be a basketball player, but it just so happened that I fell in love with rowing and loved the challenge of mastering such a difficult sport” says Rosie.

Rosie was always sporty as a child. Actively doing sports since the age of 7, she made her first Victorian Basketball Team at the age of 11 and Victorian Rowing Team at 16 and has been rowing at a high level ever since.

Since competing in Tokyo Olympic Games last year, Rosie has returned home to Melbourne. Through rowing on the Australian Team, she has lived in many cities across Australia including Adelaide, Canberra and Penrith as well as stints in Europe for major competitions.

In 2011 at the young age of 19, Rosie moved to the US after gaining a student-athlete scholarship to the University of California in Berkeley. It was here Rosie found her love of competing at a high level as an athlete, studying with some of the best brains in the world as well as immersing herself in the fun of American college life. As a dual American/Australian citizen, she was eligible for selection for the Under 23 US Rowing Team, competing in 2011, 2012 and again in 2014. Not only was Rosie busy growing as an elite athlete, but during this time she also studied a Bachelors of Sociology, a subject Rosie found great pleasure in learning. Once graduated, Rosie decided to move back to Australia to be closer to her family and attempt to be selected for the Australian Rowing Team.

Rosie describes herself as a curious, determined, and resilient person. She is a people-person at heart with a passion for helping others find their place in the world and be accepted.

“I never felt pressured to take up rowing even though my parents were both elite rowers. It was just a natural progression. I was very lucky to be raised by parents who guided me in finding my path and realising my full potential… rowing just turned out to be something I was pretty good at” explains Rosie.

Rosie explains that having ambitious, hardworking, and creative parents let her explore and understand who she was and gave her the confidence to discover what she wanted to do and truly experience all the opportunities that came her way.

In 2015, Rosie made the Australian Rowing Team and competed in the Women’s 8+, but was unfortunately injured in the lead into Olympic Selection in 2016, which took her out of contention to make the Olympic Team. Devastated, she decided to develop other aspects of herself, working and gaining some valuable life experience. While the 2016 Olympic Games were on, she decided to travel the world, volunteering in South America at a hostel, then on a lemon farm. Upon returning to Australia, she was employed as a Mentor Program Coordinator for TRY Australia, an organisation whose mission is to empower and provide positive role models for disadvantaged young people.

After some time away from the sport, Rosie decided to attempt to make the Australian Rowing Team once again, realising that the fire was still alive to compete at the Olympic Games. In 2017, Rosie returned more motivated than ever to champion her craft. She moved to Penrith in NSW to join the Gina Rinehart National Training Centre, training full time with 25 of the top rowers in the country. She competed in the Women’s 8+ and Women’s 4- in 2018 and 2019, winning multiple World Cup and World Championship medals.

In 2020 Rosie had been selected in the Women’s 4- for two weeks until notified that the Olympic Games would either be postponed or cancelled due to COVID19. She had to pack up her house in Penrith and spend the winter months in Melbourne, training and waiting for the announcement if the Olympics would go ahead. They were rescheduled to start July of 2021, so Rosie put her foot on the accelerator determined to come back better for the Olympic selection (2.0) in March of 2021. Rosie was again selected in the Women’s Four, training domestically with her fellow teammates in preparation for the Tokyo Olympic Games. Her crew were victorious, setting an Olympic Record and being crowned Olympic gold medallists.

“I’d have to say my proudest moment in life so far is winning a gold medal for Australia, it certainly takes the cake! After so much uncertainty with COVID19, and the delay of the Olympic Games, to be crowned an Olympic Champion alongside some of my best mates in the world is so delicious, no one can take that away from us, it is now a FACT… I just feel so incredibly proud” laughs Rosie.

Life after the Olympics

Outside of her career as an elite athlete, Rosie enjoys practicing Yoga. She has been practicing since 2012 and loves the health and wellbeing benefits of Yoga. She is currently working in a studio and would love to become a teacher of the practice in future. Rosie loves watching all sports, particularly enjoying tennis and basketball. Rosie also loves spending time with her furry friend Pepper, a black Labradoodle.

Since taking a break from elite rowing in 2022, Rosie is building her own e-commerce platform ‘Rosemary Local’ which she started at the end of 2020, using her platform to help creatives to sell their products to a wider audience, focusing on smaller, locally made, and sustainable brands. Rosie also enjoys speaking roles and advisory work within the positive culture and teamwork space, following her passion for people, and utilising her degree in Sociology.

Leading an active life as a professional athlete, Rosie has always been passionate about health and wellness. Most recently she has started researching organic food and the importance of sustainability in all aspects of life, but especially around food.

“It’s so important to practise suitability in everything that we do, to remain kind to the earth and ourselves. To reduce our carbon footprint and to treat the land as it deserves. As a society, we should be very mindful of this. I just want to leave the earth a better place than how I found it” explains Rosie.

A passion for cooking healthy and clean food

With a profound love for cooking, Rosie enjoys researching new recipes, especially now she has more time away from the fast-paced life of an elite athlete to cook.

“I have collected many wonderful cookbooks over the years, I love going through them, researching recipes, and cooking them. My favourite cuisines to cook is Asian and Mexican food. I also love going out for brunch with my mates”.

Rosie focuses on fresh, local, and organic ingredients to cook with and loves trying new healthy and clean products. Her passion for health and wellness has served her well over the years, maintaining the strength she needed to compete at a professional level. As a qualified personal trainer, Rosie knows a thing or two about what’s important in maintaining a good quality of life and believes that food is a key element of focus.

“I love making food that tastes delicious, is good for you and contains minimally processed ingredients, that’s why I love Paris Creek Farms so much. With a focus on sustainable bio-dynamic organic farming practices and natural, minimally processed products that taste so delicious, you really can’t go wrong. You can feel the health benefits within your body, it sustains you for longer.” says Rosie.

Rosie is a wonderful example of living a healthy and abundant lifestyle. Rosie has recently come onboard with Paris Creek Farms to help us educate the world on the health benefits of organic food, as well as how you can help to become more sustainable in your everyday life. Welcome Rosie!

Click here to sign up to Paris Creek Farms newsletter to receive Rosie’s health and wellness tips as well as information on how she lives a healthy and abundant lifestyle, delivered straight to your inbox.

The purest range of Bio-dynamic Dairy

Find out more about the best Australian range of bio dynamic and organic dairy products. 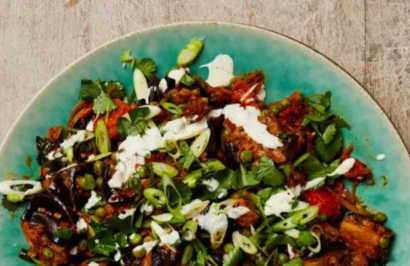 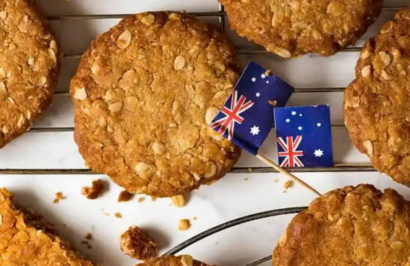 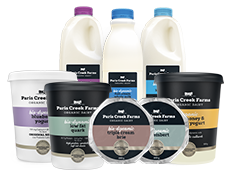 The purest range of
bio-dynamic dairy